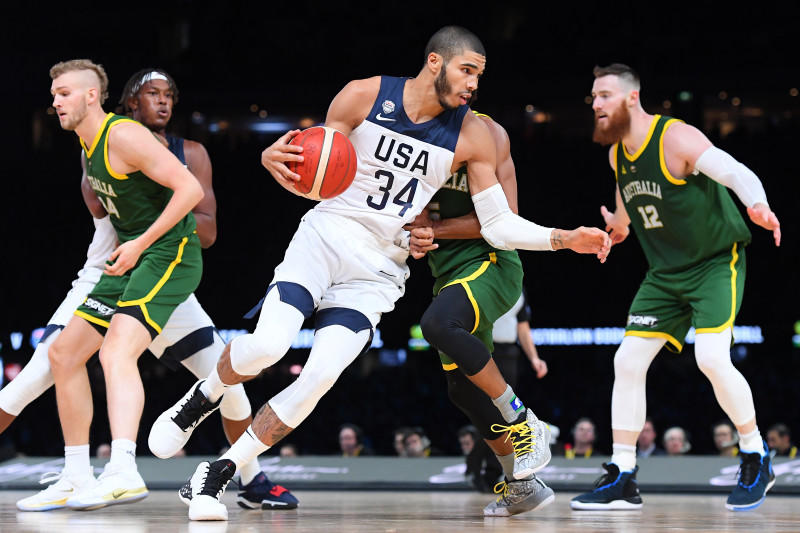 USA vs Australia basketball. The Americans will face the winner of Slovenia vs. France for the gold medal on Friday.

USA vs Australia basketball: The United States men’s basketball team survived a first-half scare vs. Australia in the first Olympic semifinal on Thursday, turning a 15-point second-quarter deficit into a runaway 97-78 victory. The Americans will play the winner of the matchup between Slovenia and France for the gold medal on Friday night, while Australia will face the loser for the bronze medal. Kevin Durant, who has already etched his name in history as the United States’ all-time leading Olympic scorer, was spectacular again, keeping Team USA afloat when nobody else could get anything going. Durant finished with 23 points and was a switching, rim-protecting force on the defensive end, which is ultimately where the Americans won this game.

Shooting just 2-for-14 from 3 in the first half, Team USA cranked up the defensive pressure to start creating transition buckets and open 3s en route to a 31-6 run (with a 20-0 stretch sprinkled in) over the end of the second quarter and the start of the third. The Americans shot 7-for-14 from 3 over the third and fourth quarters, with Devin Booker and Jayson Tatum heating up on the cleaner looks.