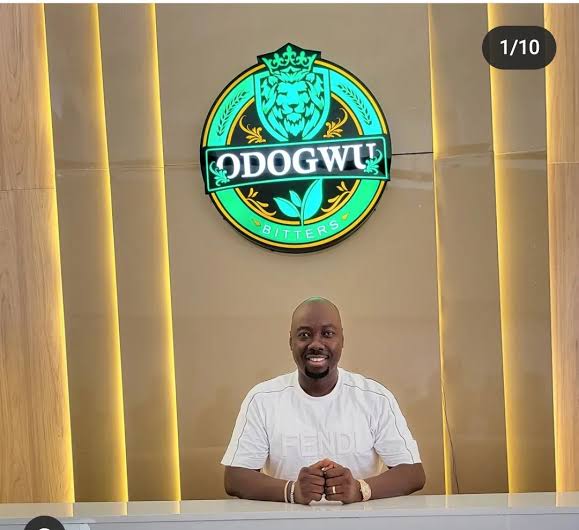 IKI Leads by Chief Innocent Onwunali is the real owner of Odogwu Bitters and he has many other alcoholic and non-alcoholic beverages he manufactures just like Odogwu Bitters.

Chief Innocent Onwunali owns the company which has been operating for a long time now. The company specializes in packaging, and marketing of both alcoholic and non-alcoholic beverages.

He owns other drinks like Pasa Bitters, Meridian Brandy, and Meridian Ponche.
Aside Obi Cubana who was mistaken to be the owner of Odogwu Bitters there are other to celebrity ambassadors such as comedian Ayo Makun (AY), Zubby Michael, and Nedu Wazobia FM.

Obi Cubana tgro his popularity has generated massive returns for the investor just few weeks after his ambassadorial deal with the company.

Why was Cubana used as the brand ambassador?

Obi Cubana developed a business model and is popular today as Cubana brand. He doesn’t really own all of the Cubana enterprises rather he is more of a platform that habours many products that investors promote through his brand name.