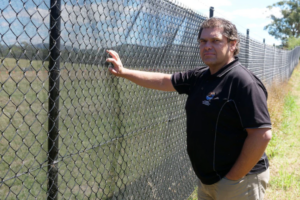 Indigenous leaders has called for halt on Boral’s sand mine excavation near massacre site. This comes as a fight by the First Nations leaders on the South Coast to halt the Boral’s plans to expand its Dunmore sand mine.

Reports say, the local Indigenous community noted that the land around the picturesque Minnamurra River holds the memories and scars of many important stories, including the massacre of at least six Aboriginal people by white people in October 1818.

It will be recalled that last December, mining company Boral won approval from the New South Wales Independent Planning Commission to expand its Dunmore sand mine near the river.

However, Boral plans to use the project to supply the raw material for concrete and asphalt following a large scale development forecast in Western Sydney over the next 10 years.

In the report it reads:- “From my perspective, it is an old way of looking at it. Australia has come a long way, we recognise that Aboriginal people have lived on this land for tens of thousands of years.

“Yet they are still saying let’s add to that scientific understanding, rather than saying how do we protect this.”

He says Registered Aboriginal Parties (RAPs) are taking part in the work and he is concerned for their welfare.

“The workers that are on site in my view are working under duress and the fact that they believe that the site is too significant to be continuing the work.”

A Department of Planning, Industry and Environment spokesperson said the planning system had “strict criteria” to ensure potential Aboriginal cultural heritage impacts were considered before any approval.

“The Dunmore Lakes Sand Project has operated since 2000 and been modified three times following a rigorous assessment process, which has included the examination of Aboriginal heritage impacts,” the spokesperson said in a statement.

“Under strict conditions of consent, the applicant Boral must ensure all activities are managed in line with its approved Heritage Management Plan, which must be prepared in consultation with registered Aboriginal parties.”

Breaking: PSquare comes back together with full force after years of war

Breaking!! After 5 years of breakup, The popular musicians, Psquare follows each other back on Instagram