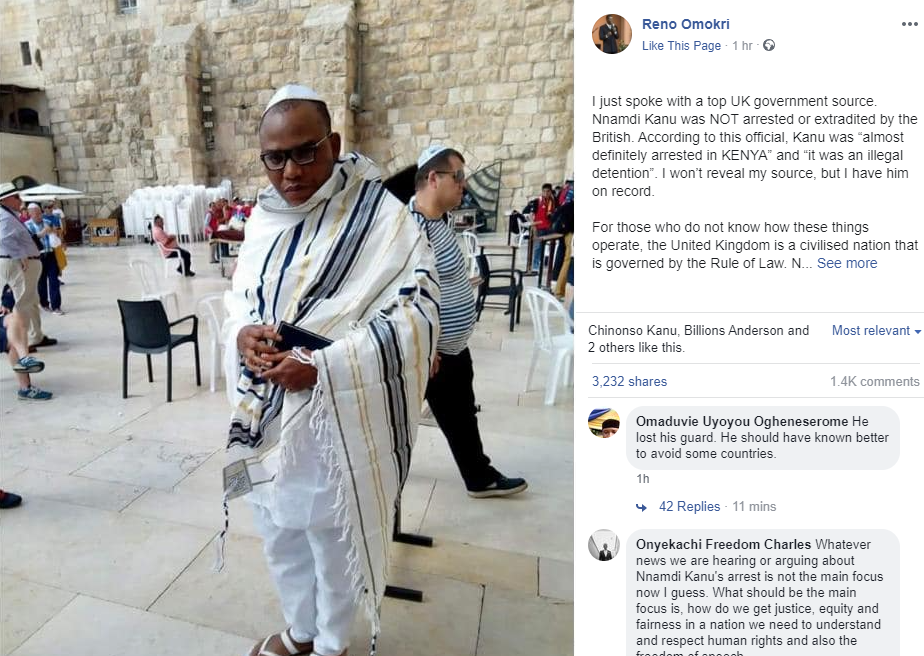 According to Reno, he said he spoke with top UK government source that disclosed that Nnamdi Kanu Arrest in UK is fake news. He said that Nnamdi Kanu is not arrested in UK. He posted this on his social media handle with below captioned information.

“I just spoke with a top UK government source. Nnamdi Kanu was NOT arrested or extradited by the British. According to this official, Kanu was “almost definitely arrested in KENYA” and “it was an illegal detention”. I won’t reveal my source, but I have him on record.”

He also educated some ignorant Nigerians on how things work in UK. According to him he said:-

“For those who do not know how these things operate, the United Kingdom is a civilised nation that is governed by the Rule of Law. No one, no matter how wanted, can be arrested and extradited without extradition hearings before a court, especially when that person is a British citizen.

There are Nigerians who are currently fighting their extradition to Nigeria in court in the UK. They cannot leave the UK on their own volition or on the request of the Nigerian government until their hearings are exhausted. If they lose at the court of first instance, they have a right of appeal. 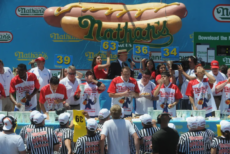 I repeat, Nnamdi Kanu was not arrested or extradited by the British government.

Also, it is a lie that he boarded a plane and came to Nigeria by himself. That is just propaganda.”