Oxlade born Ikuforiji Abdulrahman Olaitan is a Nigerian singer/songwriter born in Lagos. Oxlade was born on 22nd April 1997 and is currently 23 years old. He grew up in Lagos the same city where he was born and continued through his school days. Oxlade is one of the best-performing young acts in Nigeria. Just like every other artist he faced the challenges of unsupportive parents who look down on him and his music as  he started so early that the parents were woried of what their kid will become. Below we will present every information concerning Oxlade biography, his age, record label, and his net worth. 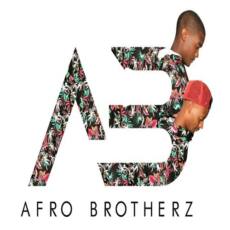 Currently Oxlade is studying History and international relations at the Lagos state University, (LASU) where he was known for his love for music. Before now Oxlade had recorded lists of songs but none was popular but he persevered until the opportunity came by.

Oxlade has been pursuing music right from his secondary school days despite disapproval from his father and ran it up until he gained admission into the Lagos State University (LASU).
Like many other Nigerian artistes, Oxlade started his journey from the church alongside creative videographer Naya Effects and became the junior choir master not long after.
He was chastised for making secular music by his maternal uncles. This, also, greatly affected his activities in church.

He dropped out of LASU two years after enrollment into the History and International Relations department. This move didn’t sit well with his father, who in turn stopped catering for his needs.

He stopped recording and was just about to give up on music before Blaqbonez heard his previous single ‘Sour’ and arranged to work with him.
Again, a much needed encouragement was given by singer Davido, who sent him messages on Instagram filled with words of encouragement after he listened to one of his songs. According to him, the messages came at the point where he was about giving up on music. 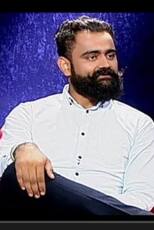 Describing his kind of music as Afro-fusion. Oxlade also dabbles with a bit of country, & soul all with roots from his homeland thus expressing his soul through his country’s music.

With songs such as happiness, Ojoro, questionnaire, the hit song “Sing” and the widely accepted “Mamiwota “ featuring BlaqBonez. Oxlade is fast becoming a force to reckon with in the industry, a fact reinforced by his latest hit and first official single “Shugar”, it is safe to say The Ox is here to stay.

Oxlade who is currently signed into Knostra Music, Substrate Music & The Plug Entertainment was once a singer in church. He was singing in church at the age of 10 and was good enough to become the junior choir leader. However, things became different when Oxlade switched to secular music.

He received criticism from his maternal uncles who didn’t appreciate the fact that he stopped singing in church. He continued in his choice of music up to secondary school and up to when he got his admission into Lagos State University (LASU). His dropping out of school didn’t go too well with his parent who stopped faring for him. Oxlade almost gave up in music until Blaqbonez heard his single “Sour” and planned collaboration with him.

Oxlade was further given encouragement from the Nigerian music icon, Davido, via social media. According to Oxlade, Davido sent to him at the very point he was about to give up. Oxlade is known for his fusion of Afro-beat and soul. He has some hit singles to his record including, “happiness”, “Ojoro”, “Greed”, “Questionnaire”, “Sing”, “Mamiwota”, and his much-accepted track “Shugar”. Other singles which Oxlade has made a huge success from are;