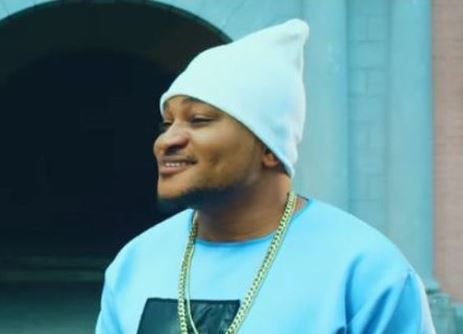 Biography: Masterkraft is a Nigerian music producer born Sunday Ginikachukwu Nweke. He was born and raised in Ajegunle Lagos Nigeria but hails from Enugu State Nigeria. He is 36 years old with Net Worth of $3.6million on estimation. We talk more on this below as we uncover all Materkraft Biography information.

At early age Masterkraft was introduced to music and having his father and many of his elder brothers and uncles who are talented in music around him formed major part of his early stage in music. On a dark side through bad experience and hardship Masterkraft pulled through life and this helped him and his family as the ace producer started playing musical instruments in the church wherein from he picks little money to help support his poor family.
His ability to master his craft has earned him a high level of credibility both in and out of the country.

Masterkraft was granted a scholarship because he was among the top students in the region. He completed his secondary education at United Christian Secondary School in Apapa. His childhood dream was to be an accountant but his dream was shortlived after the death of his father.
His passion for music grew bigger that he waved the idea presented by his uncles who wanted him to own a shop at Idumuta Medicine Market in Lagos. Out of perseverance and hardwork Masterkraft defined his path and today we know him as Masterkraft.

Masterkraft Journey into the music industry

Treating Masterkraft biography mentioning this part is very crucial. Masterkraft played indoors both in the church and concert. He is well recognized and he makes his money too but there wasn’t a breakthrough yet until his music career got shined upon when he met with the Nigerian producer, Kenny Ogungbe who also signed him to his record label. It was at this point that he was opportuned to work with various artists like Banky W, 2face Idibia, Olamide, Timaya, flavour N’abania, CDQ, Jaywon and Wizkid to name a few.

At the very early stage of his entrance into the music industry Masterkraft Produced lots of tracks including Wizkid song “No Lele”, Goldie’s single titled “Jawo”, Jaywon’s single titled “Filebe” and Sound Sultan featuring Banky W song titled “Very Good Bad Guy”.
The above are all hits and you can always Google them to see for yourself. Flavour N’abania after working with Masterkraft bought him a 2010 Toyota Camry automobile as a token of appreciation to his good friend.

Masterkraft doesn’t do any track below 500,000 naira and lots of music are on his credit. He is estimated to have a Net worth of about $3.6million. Including international collaborations that are unknown. Sunny aka Masterkraft is swimming in money just like many other A-List producers in and outside Nigeria. Masterkraft is one of the tops most influential and wealthy DJs in Nigeria.

Masterkraft born Ginika is from Nweke’s family in Enugu state Nigeria. Although masterkraft was born in Ajegunle Lagos state Nigeria, his parents is from Enugu state. His dad is late now but the mum stays in lagos although she has been spotted in her daughters place in Onitsha.

Other known skills of Masterkraft

Apart from music production, playing of keyboard, piano, and drums there are other skills that the talented Nigerian music producer possess.
Masterkraft is good in singing too. He is good on screen acting and modeling. He is also a good DJ.