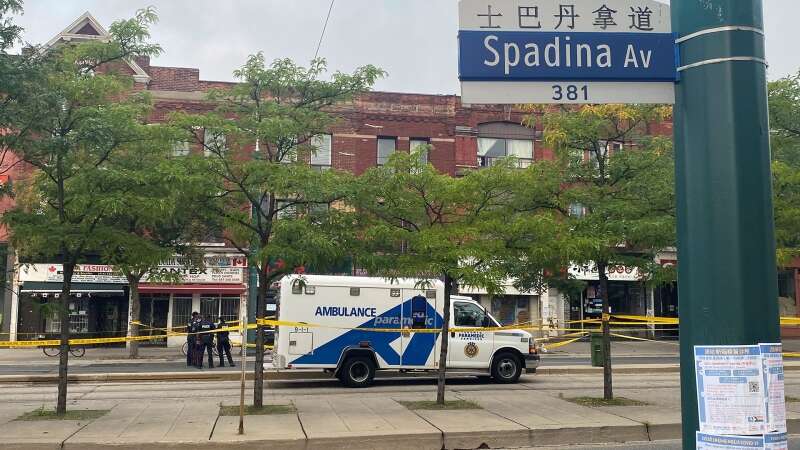 Shooting near Kensington Market has left two dead while two others are reportedly left in a critical condition.

Police says two people are dead and two others are fighting for their lives in hospital after shots rang out in Toronto’s Kensington Market area early on Sunday morning.

Officers from the 14 Division said they were called to the corner of Spadina Avenue and Nassau Street at about 6 a.m. for reports of shots fired. 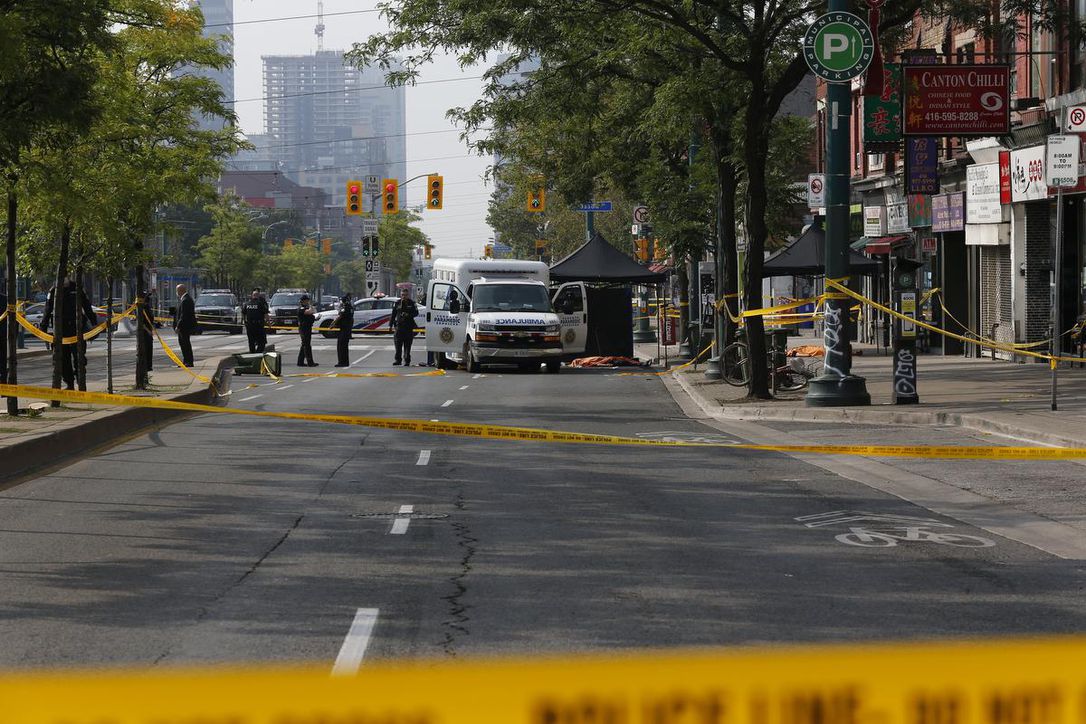 They arrived to find four people with gunshot wounds, including two reportedly with wounds to the head.

Toronto paramedics said two people were pronounced dead at the scene and the other two were rushed to hospital trauma centres in life-threatening condition.

The body of one victim was covered in an orange tarp on the west sidewalk of Spadina Avenue, just north of Nassau Street.

No suspect information was immediately available, and detectives told CP24 they were still working to determine exactly what transpired.

Kensington Market is a walkable bohemian neighbourhood that draws artists and tourists to its indie shops, vintage boutiques and arts spaces. The Market is also home to a wide array of specialty grocers, bakeries and cheese shops. Hipsters frequent trendy bars, cafes and international restaurants that range from casual to fine dining. Students and families populate Victorian houses along tree-lined streets.

Up to four people injured in Kensington Market shooting: police

Two men are dead and two others were rushed to hospital following an early Sunday shooting near Kensington Market, Toronto police say.

Police found four men with gunshot wounds around 6 a.m. on the corner of Spadina Avenue and Nassau Street, in the city’s Chinatown neighbourhood, police spokesperson Alex Li told reporters at the scene.

Two people were pronounced dead on the scene while two others were transported to a local trauma centre.

The victims’ ages range from 28 to 43 years old, Li said Sunday morning. The living victims are in serious condition, he said.