Hushpuppi imprisonment: Hushpuppi will be spending 20 years in prison after pleading guilty. Hushpuppi who pleads guilty to Count Two which is “Conspiracy to Engage in Money Laundering,” an offence that attracts a maximum sentence of 20 years imprisonment among other punishments including full restitution, his plea agreement with the U.S. government states in part.

Hushpuppi imprisonment. DAILY4MATIVE NEWS on Wednesday obtained a copy of the plea bargain agreement between him and the U.S. Attorney’s Office for the Central District of California (USAO).

Hushpuppi agreed to plead guilty to the multi-million-dollar fraud charges filed against him by the United States government.

Signed by Hushpuppi, his lawyer, Louis Shapiro, and the Assistant United States Attorney, Anil Antony, on July 4, the plea agreement was filed at a U.S. Central District Court of California on Tuesday.

A date is to be fixed for Mr Abass to change his previous “not guilty” plea to “guilty” and will be followed by a sentencing hearing for the judge to determine how long he will spend in jail. 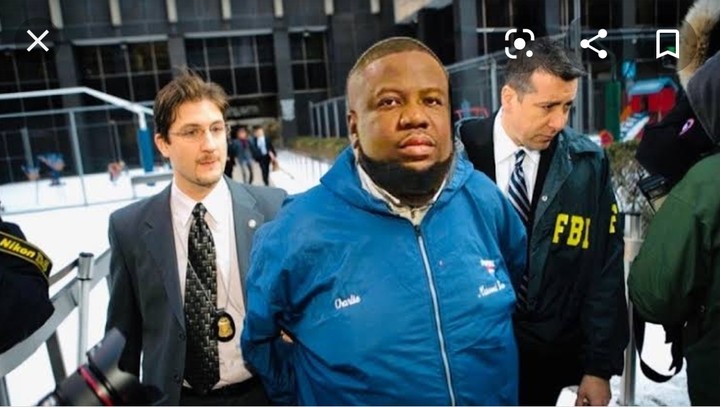 Hushpuppi imprisonment: The next stage after the filing of the agreement is that Mr Abass will, “at the earliest opportunity” appear and plead guilty to Count Two of the Information”.

Other terms of the agreement include the defendant’s concession to “not contest facts agreed to in this agreement,” the document states.

He has also agreed to “abide by all agreements regarding sentencing contained in this agreement.”

He concedes that “all court appearances, including his change of plea hearing and sentencing hearing, may proceed by video-teleconference (VTC) or telephone, if VTC is not reasonably available, so long as such appearances are authorized by Order of the Chief Judge 20-043 or another order, rule, or statute”.

The court will conduct a sentencing hearing after Hushpuppi changes his plea from guilty to not guilty.

He has consented “under Section 15002(b) of the CARES Act to proceed with his sentencing hearing by VTC or telephone, if VTC is not reasonably available.”

He will also “Appear for all court appearances, surrender as ordered for service of sentence, obey all conditions of any bond, and obey any other ongoing court order in this matter.”

Also listed as part of the terms of the agreement is Hushpuppi’s concession not to commit crime again.

He has also conceded to “Be truthful at all times with the United States Probation and Pretrial Services Office and the Court. “ 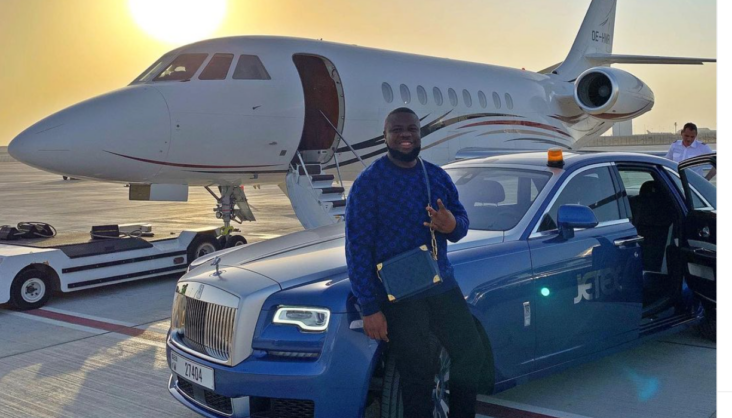 Hushpuppi imprisonment. Mr Abass will not be exempted from paying restitution despite pleading guilty.

“Defendant understands that defendant will be required to pay full restitution to the victim(s) of the offence to which defendant is pleading guilty.

“Defendant agrees that, in return for the USAO’s compliance with its obligations under this agreement, the court may order restitution to persons other than the victim(s) of the offenses to which defendant is pleading guilty and in amounts greater than those alleged in the count to which defendant is pleading guilty,” the plea agreement also read.

The agreement also stipulates that with the exception of an appeal based on a claim that his guilty plea was involuntary, he will be “waiving and giving up any right to appeal” against his conviction on the offence to which defendant is pleading guilty.

The exact sentence to be imposed on Mr Abass was not agreed on.

However, provided that he “demonstrates an acceptance of responsibility for the offence up to and including the time of sentencing,” the prosecution said it recommends “a two-level reduction in the applicable Sentencing Guidelines offence level”.

“If necessary,” the prosecution adds, it may “move for an additional one-level reduction if available under that section.”

Not being an American citizen, he will be deported after completing his jail term and paying up the amount to be restituted.

The maximum penalty for the offence which Mr Abass hopes will be reduced at his sentencing include: “20 years’ imprisonment; a 3-year period of supervised release; a fine of $500,000 or twice the gross gain or gross loss resulting from the offense, whichever is greatest; and a mandatory special assessment of $100.”

The U.S. Attorney’s Office for the Central District of California states in the agreement that beginning no later than on or about January 18, 2019, through on or about June 9, 2020, Hushpuppi “knowingly combined, agreed, and conspired with multiple other persons (“co-conspirators”) to conduct financial transactions into, within, and outside the United States involving property that represented the proceeds of wire fraud.”

The intended victims of the conspiracy were said to include a foreign financial institution (which was a bank in Malta), the victim’s law firm (located in New York State), and two companies located in the United Kingdom.

Mr Abass was said to have known that “these fraudulent schemes included bank cyber-heists, BEC schemes, and other fraud schemes.”

The foreign financial institution (a bank in Malta) was an intended victim of a cyber-heist, while the other victims identified above were victims of BEC schemes.

In some BEC schemes involving victim companies in the United Kingdom, Mr Abass was said to have with one co-conspirator discussed on May 12, 2019, how they anticipated fraudulent payments of approximately £6 million per week.

“Once a victim deposited funds into a bank account, defendant would coordinate with other coconspirators to obtain or move the funds, and then to further launder the funds,” the U.S. government said.

In addition to admitting defendant’s involvement in the schemes intending to defraud the victims listed above, Mr Abass was also said to have admitted involvement in a scheme to defraud a victim company in Qatar that was building an international school (the Qatari Victim Company) and the owner of that company.

He was also said to have in December 2019, begun conspiring with a co-conspirator to defraud the owner of the Qatari company “who was seeking a lender to invest $15,000,000 in a project to build an international school”.

Mr Abass’ alleged co-conspirator was said to have already defrauded the victim of funds at the time that the defendant joined the scheme.

“Beginning on or around December 11, 2019, defendant began to communicate with the Victim Businessperson, fraudulently using the name Malik,” it was stated.

As Malik, the prosecution said further, Huspuppi falsely told the victim that he would open a bank account in the United States where the $15,000,000 loan could initially be deposited.

Earlier in June 2020, the 38-year-old known for flaunting his opulent lifestyle on social media was arrested in Dubai by special agents including the Emerati police officers and Federal Bureau of Investigation (FBI) operatives.