Following NSW ICAC investigation, Gladys Berejiklian has quit as NSW Premier. This happens after the Independent Commission Against Corruption announced she was being investigated by the corruption watchdog.

Gladys Berejiklian has resigned as the New South Wales premier and will leave parliament after the state’s anti-corruption watchdog revealed it was investigating whether she broke the law by failing to report the conduct of her ex-lover, the former Wagga Wagga MP Daryl Maguire.

In a bombshell announcement on Friday, Berejiklian said she had been given “no choice” but to resign as premier after the Independent Commission Against Corruption (Icac) revealed it was investigating whether she had been involved in “a breach of public trust” between 2012 and 2018 because of her relationship with Maguire. “My resignation as premier could not happen at a worse time, but the timing is completely outside of my control, as the Icac has chosen to take this action during the most challenging weeks of the most challenging times in the history of NSW,” she said at a hastily arranged press conference during which she did not take questions.

“That is the Icac’s prerogative. Resigning at this time is against every instinct in my being and something which I do not want to do. I love my job, and serving the community, but I have been given no option following the statement issued.” 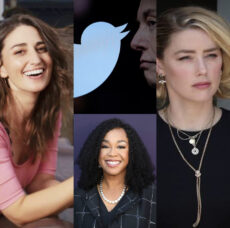 Berejiklian has consistently denied she acted improperly during her relationship with Maguire, and she maintained that on Friday: “I state categorically that I have always acted with the highest level of integrity.”

“History will demonstrate I have executed my duties again with the highest level of integrity for the benefit of the people of NSW, for who I have had the privilege to serve,” she said.

Insisting that she did not want to become “a distraction” for the government as NSW attempted to exit the three-month lockdown caused by an outbreak of Covid-19, Berejiklian said simply standing aside while Icac conducted its investigation was “not an option”.

“I cannot predict how long it will take the Icac to complete this investigation, let alone deliver a report, in circumstances where I was first called to give evidence at a public hearing nearly 12 months ago,” she said.

“Therefore, it pains me to announce that I have no option but to resign the office of premier. My resignation will take effect as soon as the NSW Liberal party can elect a new parliamentary leader.”

In its statement, Icac also announced it was investigating whether the premier’s conduct “involved the dishonest or partial exercise of any of her official functions”.